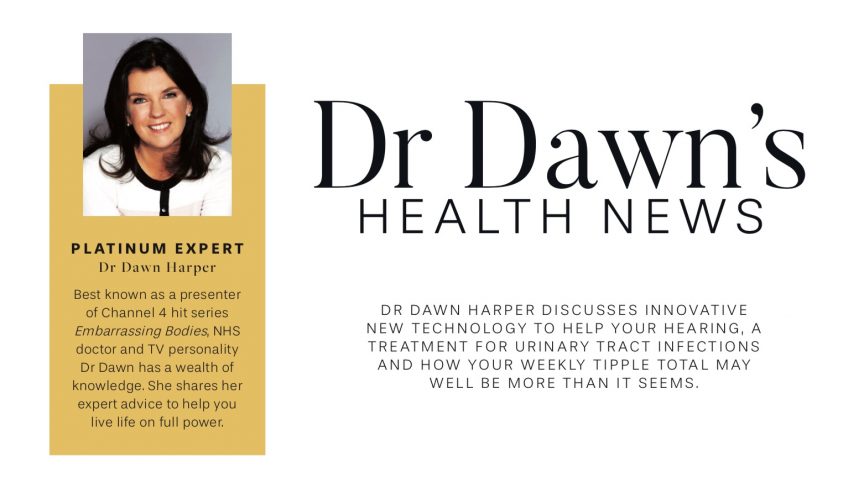 Over 11 million people in the UK have difficulty with hearing. It’s a problem I see frequently in surgery and one that can have a huge impact on a person’s quality of life, often leaving them feeling isolated and alone, so I was interested to discover www.audacious.co.uk. This website launched recently and aims to help people with hearing problems to have clearer telephone calls. When sound travels across other mobile networks, it is compressed resulting in a loss of the highest and lowest frequencies, meaning people with hearing difficulties often struggle to hear clearly on a mobile. Audacious uses a new technology which can personalise your handset. The website offers a free “sound check” where you are played different frequency sounds to create your individual hearing profile. This is then stored and if you subscribe to audacious, you will be sent a SIM card to use in your existing device and frequencies that you find difficult to hear are adjusted in a fraction of a second during a call to your mobile so that you can hold a conversation on your handset without noticing anything different happening. The technology also works for people using hearing aids.

At least a third of British women will have a urinary tract infection (UTI) at some point in their lives and most are caused by a bacterium called E Coli, requiring a course of antibiotics. E. Coli clings onto cells in the bladder wall causing inflammation and the classic symptoms of cystitis, but in recent years we have seen increasing strains of E. Coli becoming resistant to the most commonly used antibiotics. Some small studies have shown that taking D-Mannose as capsules or a powder can help treat a UTI or prevent a recurrence, without the need to take antibiotics. The theory is that D-Mannose is eventually eliminated from the body in the urine where it attaches itself to the E. Coli preventing it from hooking on to the bladder wall and causing infection. It’s a therapy I have recommended to lots of my patients with some great results. It should improve symptoms within three days. If it doesn’t, it is important you see your GP and take a sample of urine with you.

Days Out with Dr Dawn’s Dog

I’m cheating this month because this isn’t so much “days out” as “weekends in”, but Grandad got so excited by this little nugget of information when he came to stay recently, that I thought it was worth sharing with you.

Grandad is a creature of habit. He is 82 and swims most mornings, which Mum says is really good for him, but last time he visited, he was telling everyone not to tell Mum about the two poached eggs he has for breakfast at weekends. Apparently, he has high cholesterol and should be cutting back, but Mum says, because of changing farming methods eggs are lower in cholesterol today than they used to be. One egg contains about 4.6grams of fat and only a quarter of that is saturated fat, which is the type that contributes to high cholesterol levels. I don’t get the appeal of eggs to be honest, but she says they are loaded with good stuff like protein, vitamins and minerals, so he doesn’t need to cut back.

How much alcohol are you really drinking?

I know it can be tempting to intentionally under report the amount you drink to your doctor, but the truth is most of us do so unintentionally too. When I was at medical school, we were taught that a glass of wine was one unit of alcohol, and back in the eighties, that was the case. Wine was weaker (around 8 – 9%) and the usual glass was 125ml. Today, your average bottle of wine is more likely to be 13% alcohol or more and a home poured glass, at least 250ml. If you still think of a glass of wine as a single unit, it is easy to see how you could be significantly underestimating your alcohol intake.

If you want to calculate your units accurately, look at the percentage of the alcohol you are drinking. That is equivalent to the number of units in a litre of that particular tipple. To make the maths easy, let’s say you are drinking wine with a strength of 12%. That means there are 12 units in a litre and therefore 9 in a standard 75dcl bottle. So, a large (250ml) glass contains 3 units not one. Spirits are generally around the 40% mark and a home poured measure will be more than the 25ml that constitutes a single measure and therefore one unit.

Recommended limits for alcohol consumption are now just 14 units a week for both men and women. I’m sorry to be the bearer of bad news but that’s almost certainly a lot less than you thought.